PFAS In Your Water

PFAS water contamination impacts residents in many places across the United States. The problem with PFAS and similar contaminants is that, until recently, few people knew or understood them. Compounding this issue, PFAS have become nearly ubiquitous in our environment.

It started in the early 1940s, when water and heat-resistant chemicals containing per- and polyfluoroalkyl substances were engineered to help create non-stick products (Teflon), fire retardants, and other common consumer goods. What wasn’t understood at the time, however, was that Teflon and other products using PFAS wouldn’t naturally decay in nature–or the human body.

Known as bioaccumulation, this chemical characteristic means any amount absorbed in our bodies – through eating or drinking – stays in our bodies. Since we have no way of removing or disposing of these chemicals, they’ve earned the ominous nickname, ‘forever chemicals.’ As a result, most PFAS have been phased out of use in this country. But they remain prevalent in the environment, and this includes our water supply.

Is My Water Contaminated With PFAS?

Certain areas have a higher propensity for PFAS-contaminated water. For example, if you live near an airport or a firefighter training facility where many of these chemicals have historically been used, there’s a good chance they’re still found in relatively high concentrations. Areas around manufacturing centers also commonly have elevated levels of PFAS, since they were used in the production of carpet, food packaging and production, and many other consumer goods.

There is no way for you prevent PFAS contamination in the environment, but you can make sure the water you’re drinking is PFAS free. If there is good news regarding PFAS water contamination, it’s that they can be treated and removed from water with the right filtration. For example, several methods, like carbon filtration, ion exchange, and reverse osmosis water treatment effectively remove PFAS from water.

What About PFOA? Where Are They Found?

PFOA, the most notable substance of the PFAS family, was found to be a part of the manufacturing process of Teflon. The EPA sued DuPont in 2005 for failing to report a health risk to both humans and the environment. The company paid a $10.25 million settlement.

Because of PFOA and PFAS strong molecular structure, they take much longer to break down naturally than other organic chemicals.

Until 2002, PFOA were integral in producing goods which qualities repel dirt, grease, water and stains.

These contaminants can be found in the manufacturing process of a variety of products, including non-stick cookware, carpet-care liquids, treated apparel, upholstery or textiles, sealants, dental floss, floor wax and non-woven medical garments. Though PFTE non-stick cookware was proven to have PFOA levels, a recent study found levels that ranged from undetectable to 4.3 parts per billion, and it is not currently considered a major pathway for PFOA.

According to a study from 2002-2005, people who lived in the PFOA-contaminated area around DuPont’s Washington Works facility were found to have higher levels of PFOA in their blood from drinking water. People that drank more tap water, ate locally grown fruits and vegetables, or ate local meat, were all associated with having higher PFOA levels.

Residents who used carbon filter systems had lower PFOA levels.” Studies have found that using carbon-activated filters can reduce PFOA by up to 60%.

Recommendations by the EPA

The EPA has issued a “Health Advisory” for PFOA and PFAS, but this does not amount to any actual forced federal regulations on municipalities to control and monitor them.

The EPA has established health advisory levels at 70 parts per trillion as of 2020.

How Much Is 70 Parts Per Trillion?

To compare 70 parts per trillion, think of a drop of ink in a backyard pool. According to its website, “EPA’s health advisory level for PFOA and PFOS offers a margin of protection for all Americans throughout their life from adverse health effects resulting from exposure to PFOA and PFAS in drinking water.”

A few of the adverse health conditions a lifetime of exposure can lead to are develop- mental effects in children, kidney and testicular cancer and immunodeficiency disorders. 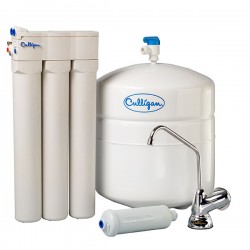 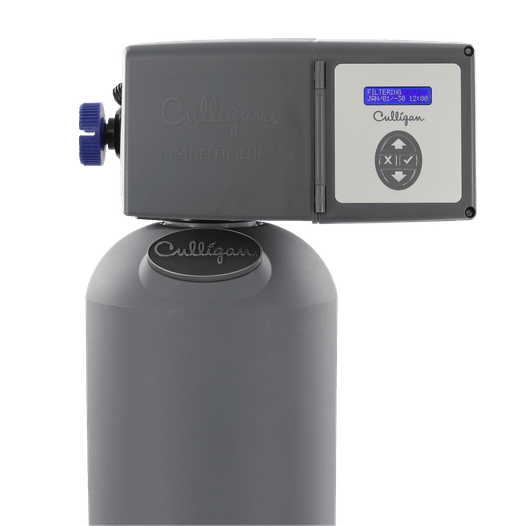